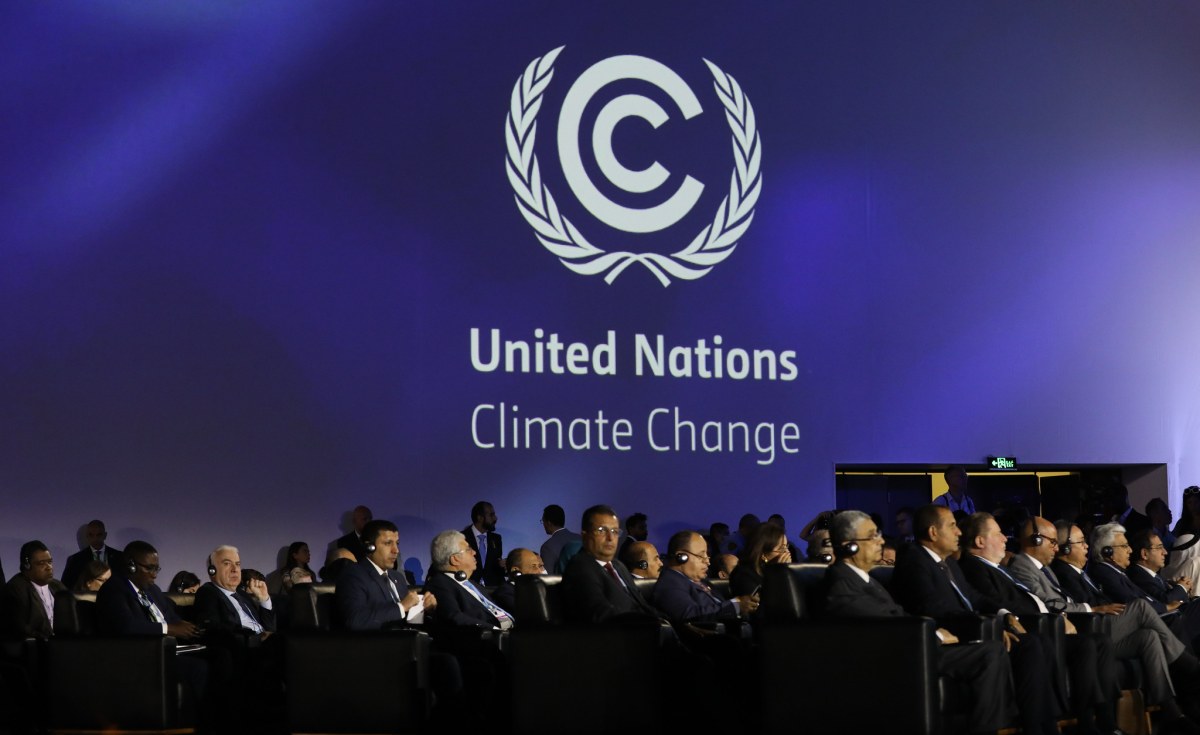 Africa: why the biggest African companies are supporting the fight against climate change

The CEOs of 55 African companies with a combined revenue of $150 billion on November 9, 2022, issued a statement pledging to climate action. The United Nations Global Compact helped rally these companies to issue the joint statement. In an interview with Kingsley Ighobor of Africa Renewal at COP27, UN Under-Secretary General and CEO of United Nations Global Compact Sanda Ojiambo discussed, among other issues, the effects of climate change in Africa and why a growing number of African businesses are taking climate action. These are excerpts from the interview.

Why should African businesses care about climate change?

African businesses need to care about climate change for a number of reasons: First, the continent contributes the least to climate change but suffers the most from its effects. African CEOs tell us their companies are feeling the impact of the climate crisis in terms of input costs.

Second, it is still difficult to access finance related to renewable energy.

And third, because we are aware that climate catastrophe will continue to have the greatest impact on the African continent, business leaders fear that the present and future of business are at stake.

One of the things that resonated very strongly in September when we had the Global Business Initiative for Africa is that there is so much belief in Africa as a business and tourism destination. ‘investment ; it is important that we take proactive steps now to ensure that businesses thrive.

About 55 CEOs with revenues of around $150 billion and employing nearly a million workers today released a statement engage in the fight for the climate. What are the highlights of their statement?

Let me highlight why this is such an important step for us in the UN Global Compact. This is the first time that the private sector in North, South, East and West Africa has come together around the same issue. Thanks to the convening power we have as the UN, we have been able to bring this group together.

The statement covers two things: first, it adds to the voice call for responsibilitycalling on global actors to deliver on their commitments to ensure Africa’s climate sustainability.

Second, it is about their [CEOs] own commitment towards climate action within their companies, within their industries and for the continent.

So it’s basically a two-part piece. Let’s hold people accountable, but we’ll also do our part.

Let me highlight why this is such an important step for us in the UN Global Compact. This is the first time that the private sector in North, South, East and West Africa has come together around the same issue. Thanks to the convening power we have as the UN, we have been able to bring this group together.

How do these African companies connect their climate work to what their governments are doing?

Very important. Many of the business leaders present at COP27 are indeed part of government delegations because, as you know, these delegations are made up of both private and public sector representatives. Thus, companies contribute to nationally determined contributions. It is very clear that the private sector plays a role in the economic development of these countries.

Many of these companies have partners overseas, some of which are large multinationals. Are they able to engage these multinationals to get involved in climate action on the continent?

Let me turn the question around. I’ll tell you what we hear from most global companies. They say sometimes they’re not so sure what happens down the line because they don’t have full visibility into their supply chains. And that is their primary concern.

You can commit to taking climate action at your headquarters, but you don’t know what’s happening with the subsidiaries, as many of them are indigenous national companies.

So if anything they [multinationals] have to take care of their own supply chains and they want to be sure that the commitments they make at head office hold throughout the supply chain.

What do you think of the “just transition” because the business leaders mentioned it in their statement?

It depends on which side of the table we are sitting. What is “fair” or “equitable” depends on what you want to focus on. We see that there are real key business and economic decisions about what a just transition is.

I hear from many African business leaders and heads of state – people recognize that we are stopping exploiting fossil fuels and moving to green and renewable technologies. I don’t think that’s a disputed principle.

The thing is, it’s not that simple because of the high cost of financing renewables. And some countries may be in the midst of economic transitions to middle-income manufacturing economies. I think it can be fair and equitable when we understand the barriers to implementation.

The statement [by African CEOs] covers two things: first, it adds to the voice call for responsibility, calling on global actors to deliver on their commitments to ensure Africa’s climate sustainability. Second, it is about their [CEOs] own commitment towards climate action within their companies, within their industries and for the continent.

From the statement, it appears that African CEOs want a constructive and gradual divestment from fossil fuels.

What I do know is that private sector leaders have said that if financing and capital were available, it would be much easier to make these transitions. Business leaders tell me they don’t want to continue down a path that isn’t sustainable for their business and their country. What they are asking for is equitable access to the resources that will enable the transitions.

This is an objective of COP27 because Africa demands much more access to financing.

Which is very clear, and I heard this from the UN Secretary General [Antonio Guterres]is that there is a need to reform the global financial architecture.

We talk about access at the national level for savings, but in other discussions it is about access to finance for adaptation, resilience, etc. for the people. I think for African economies, it’s adaptation and resilience financing that really changes how businesses can build resilience.

How difficult was it to get all these CEOs to agree to adopt 27% renewable energy by 2030, given that they all have different types of businesses and their individual transitions may not proceed at the same pace?

Interestingly, when we first had a meeting and decided we wanted to do this [issue a statement]we actually said to the leaders, “let us know what you think is the most pressing emergency”.

The consensus was on the climate. It was very easy and quick. I think there was recognition that an important climate conference was being held on the continent, as well as the important role that climate action plays in business.

Now that the statement is out, what next?

Now that the statement is out, business leaders will be held to account. We asked them to lead climate action within their own companies and industries.

They will continue to build momentum around climate action.

Fifty-five companies have signed the declaration. This is not the end point. We want more companies to commit to climate action, follow the principles of the Global Compact, and ultimately be able to drive this change within their industries and countries.

Get the latest African news straight to your inbox

We need to confirm your email address.

To complete the process, please follow the instructions in the email we just sent you.

Private sector leaders said that if finance and capital were accessible, it would be much easier to make these transitions. Business leaders tell me they don’t want to continue down a path that isn’t sustainable for their business and their country. What they are asking for is equitable access to the resources that will enable the transitions.

Do you have a way to monitor the climate actions of these companies?

First, companies that are part of the Global Compact are required to report to us annually on their progress in many areas, including climate.

Second, there are science-based methodologies to assess companies that have signed up to science-based climate goals or initiatives, and they are required to be transparent about their progress. So there are accountability mechanisms. But you know, the work doesn’t stop.

Now that we have issued a statement, we will continue to engage with business leaders. They are always accountable nationally, to their governments, to the world stage, to consumers, to their staff, etc.

How serious is the climate crisis in Africa?

I come from western Kenya. It is November and the weather is now very erratic. The last time I was in my village, people were saying that they didn’t know the harvest or planting season anymore. It’s because everything has changed. Even at the level of domestic sustenance, I can tell you that something is seriously wrong. This obviously extends much further to large-scale agriculture, which is essential for Kenya’s economy and for national and international income.

Moreover, we currently have the worst drought in Africa. It is very clear that we are feeling the effects of climate change.