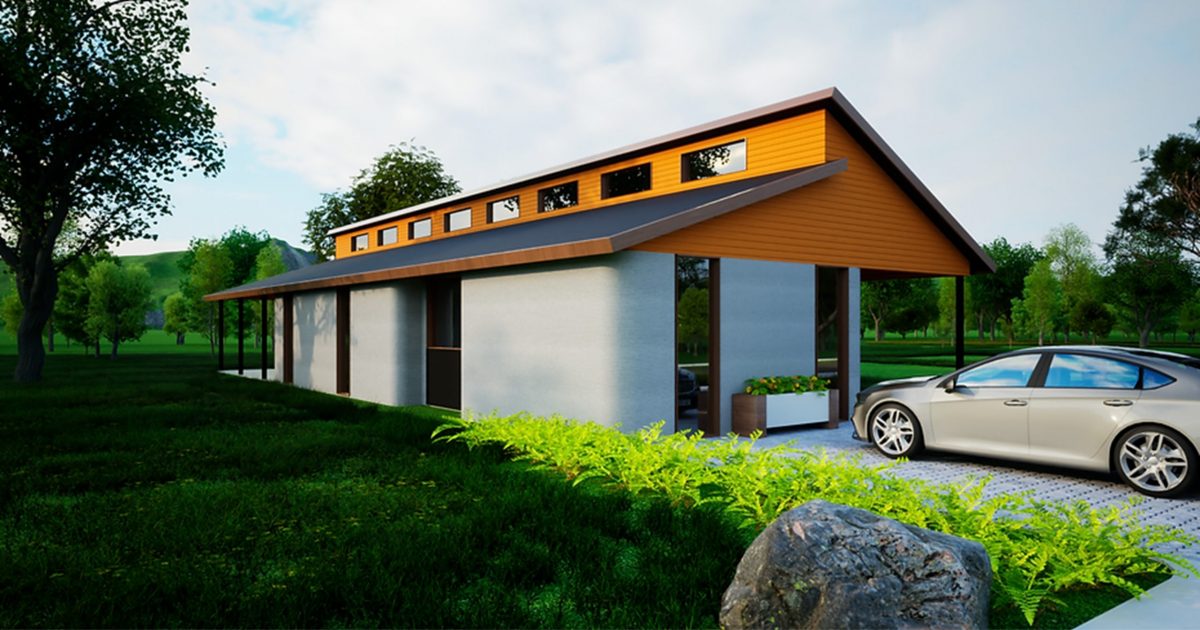 According to Ahmed Mahil, co-founder and CEO of Australia’s global leader in building and construction 3D printing, Luyten 3D, up to 30% of housing in outback Australia, regions and remote areas will be built using 3D printing technology by 2030.

“Countries around the world are already mandating 3D printing targets for the building and construction industry,” Mahil said.

“In 2016, the United Arab Emirates became the first country in the world to promote 3D printing in its construction industry, setting a target of 25% by 2030. Other countries are following suit.

Malawi’s commitment to 3D printing has reduced construction waste nearly tenfold and reduced CO2 emissions by up to 70%. It has also reduced transportation emissions when building in remote areas by up to two tons per house, demonstrating its problem-solving ability. rural housing deficit.

President Joe Biden launched the America Makes Forward program, designed to further drive the growth of additive manufacturing in the country. The program will see the US government and giant multinational corporations supporting 3D printing initiatives, small and medium enterprises in various ways.

“While Australia does not yet have targets in place, we are moving quickly to foster a robust, cutting-edge 3D printing industry that will help solve the housing affordability crisis and also help our countries to build housing and other building structures in remote areas that are impervious to harsh environmental conditions,” Mahil added.

Mahil thinks that the 30% target could even be exceeded by 2030 at 50% because it is very clear now that 3D printing is not a trend. It is a technology that has been maturing for 30 years and different sectors are already reaping the benefits.

“What a lot of people don’t realize is that 3D printing of houses and other buildings is already happening in Australia. In fact, we’re building the world’s first 3D indigenous housing projectMahil continued.

“The project is being undertaken in the Northern Territory of Australia and involves the construction of a number of homes using Luyten’s state-of-the-art construction and construction 3D printing technology.

“Australia’s red center is made up of some of the harshest climates in the world. Temperatures often range from -5 degrees Celsius in winter to almost 50 degrees in summer and there is little shade. The land is extremely arid and not ideal for conventional habitation. Not only are traditional building materials hard to come by, but they are also prohibitively expensive.

“Our technology and proprietary Utimatecrete are ideal for building homes in these types of harsh conditions. 3D printing for building and construction involves minimal disruption to the jobsite, which is great for sustainability.

Mahil says 3D printing in Australia is set to revolutionize the construction industry.

“Furthermore, the technology has been proven to increase construction site efficiency with guaranteed cost savings of 60%, 300-500 times shorter execution times, and a total reduction of 80% in monetary expenses. without formwork in concrete construction.

“We are acutely aware of the construction industry’s carbon footprint and committed to creating building solutions for generations to come that reduce emissions. Our unparalleled technology uses up to 40% less carbon dioxide emissions through proprietary blends that reduce cement usage, and robotic systems reduce the carbon footprints of construction sites and logistics by 50 to 70%. In addition, the construction cost is 70% lower than traditional methods.

“With these kinds of numbers, it’s hard to argue why more and more people, governments and businesses will choose 3D printed homes and buildings over traditional construction methods. 3D printed houses also offer unique design options that conventional homes do not.

“We are able to build a three-bedroom house in as little as three days. The process involves printing the structural elements in two days and assembling the components on the third day.

“Printed items are ready to handle and move within five hours of printing. That’s the great thing about our special concrete mix, it hardens quickly and delivers results that supersede what’s currently available at four times the cost.

According to Mahil, Luyten 3D printed houses comply with Australian and New Zealand building codes (AS/NSZ 1170 and AS 3600) and are constructed using Luyten’s very strong and eco-friendly 3D printable Luyten Ultimatecrete concrete, which which gives a compressive strength of 82.5 MPa after 28 hours. days, four times stronger than required by the residential building code of 20 MPa.

“It won’t be long before you start seeing 3D printed homes being built in suburban areas of the country as well. Why pay a builder $800,000 for a new house, when a 3D printed house is only a fraction of that,” he said.

Since its launch, the company has broadened its mandate and forged a key partnership with the University of New South Wales, build structures and base camps on the Moon and other planets, including Mars. It has also signed partnerships with multinational building and construction companies to build houses in Asia.

Africa: why the biggest African companies are supporting the fight against climate…